The sports card landscape continues to be red hot with the demand creating a buzz that has not been seen within the industry since the mid to late 90’s. With this heavy demand, the interest in sports card grading has seen a major increase opening the debate over who wins between BGS VS PSA grading? As graded graded sports cards continue to hit record highs.

This has created an even larger debate over which Sports Card Grading Service to choose among the industry. Here is our BGS VS PSA Grading Guide: What Sports Grading to Choose to help you along the way.

Now before we get to our BGS VS PSA Grading Guide, if you are new to the sports card hobby or someone looking to learn more take the time to look at our sports card beginners guide. No further do, let’s look at BGS grading vs PSA grading guide, and what sports card grading to choose.

Learn more about grading by taking a glimpse at our Sports Card Grading Guide. Sports card grading has been a staple among card collectors looking to land Gem Mint 10 of their favorite rookie cards from the Junk Wax ERA to modern cards that are bringing in millions of dollars.

The answer to this question is simple. To increase the value of your sports card and potentially making it more appealing within the sports card market. Below you will see the BGS Population report for the 2018-19 Panini Prizm Luka Doncic. Landing one of the Emergent Prizms Green or Silver is difficult and would have a huge increase in value since the two have a combined 10 total 10’s graded out of 201 graded submissions. 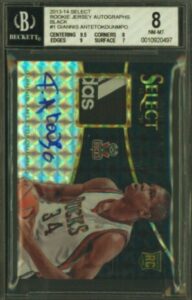 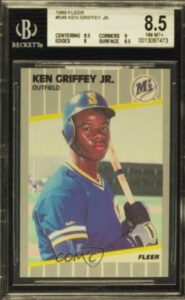 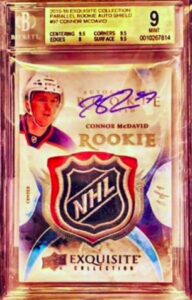 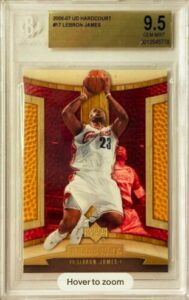 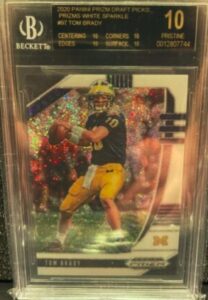 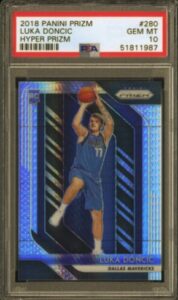 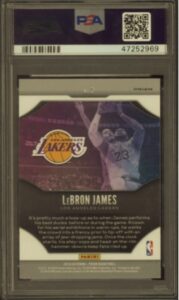 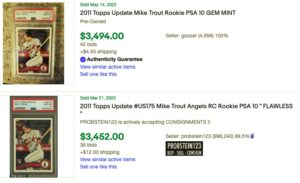 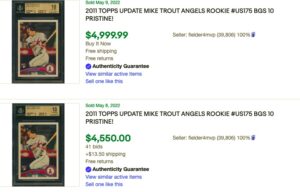 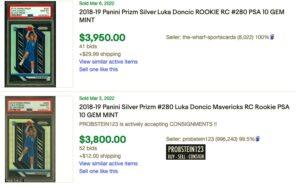 In closing it is hard to give an exact winner of the BGS VS PSA sports card grading battle. Both are leaders in the industry, and both play a key impact on not only the future resale values of your sports card but also an added line of protection with tamper proof cases and other security measures. As BGS had advantages in some aspects such as with their Black Label, PSA also had advantages such as turnaround time and lower fees for lower valued cards. When you begin to look back at the history of baseball cards, or the history of NFL sports card or any other sports cards,

BGS and PSA will both be anchors among the industry and game changers to the hobby. For now, it is close with BGS getting the slight node due to their Black Label. That said continue to do your research on sports card grading based on the cards you are grading to help you make the best decision possible.

The big question moving forward is whether a company such as SGC or CGS can unseat these two companies at the top. As well as new state of the art AI-Sports grading software and smartphone AI grading companies such as the Break Stuff app.