The sports world continues to stay hot as the calendar month rolls into late November. The 2022 World Series is in the books for Major League Baseball however the rest of the action is red hot. The NFL schedule 2022 rolls into week 11, the NBA action is starting to heat up on the hardwood, the grind on the ice has been exciting for NHL fans, and the 2022 FIFA World Cup is just around the corner. While the sports calendars are red hot it gives us a chance to look at some of the Hottest Sports Cards Right Now November 2022.

Headlining the list of the hottest sports cards right now includes 2022 World Series Champion shortstop Jeremy Pena, AL Rookie of the Year award winner Julio Rodriguez, Justin Jefferson of the Minnesota Twins, Alexander Ovechkin of the Washington Capitals, and Paolo Banchero of the Orlando Magic. While these sports stars are some of the hottest sports cards right now, they are just five players you should consider adding to your collection if you’re a sports card collector. For sports card investors, these players look promising as candidates that may see their card values continue to increase.

Read on to find our list of some of the hot sports trading cards right now. If you are looking for sports cards to invest in read our Zach Wilson: Buy Now or Sell Now article as well as looking at the Top 10 Panini National Treasures World Cup 2022 cards.

Before we look at our list of the Hottest Sports Cards Right now in November 2022, here are some of the factors impacting those cards.

One of the major factors impacting sports cards right now while driving their values up is the performance of that player on the hardwood, ice, diamond, or field. That is the case with someone like Justin Jefferson who continues to put up insane numbers at the wide receiver position. When a player gets hot it also plays a key role in the value of sports cards increasing, whereas a player struggling may see their sports cards values fall.

Anytime big-time sports news hits the market or social media site, it can play a key role in whether a player sees their sports cards become red hot on the secondary market. Some of these news could include major trades or free agent signings. While this hasn’t been the case so far during the MLB Off-Season players like Aaron Judge is expected to see big time deals while driving additional value to their cards.

A third sports card impact factor is any milestone accomplishments such as a player winning a major award such as Julio Rodriguez of the Seattle Mariners who recently took home the AL Rookie of the Year award. Also, when a player is chasing a major milestone as we saw with Albert Pujols during the summer and now with Alexander Ovechkin as he chases 800 career goals.

Lastly any trends in the sports world such as major sporting events as we recently saw with the MLB World Series and will start to see more of with the 2022 FIFA World Cup.

Landing at the top of the list of the hottest sports cards right now is the Minnesota Vikings wide receiver Justin Jefferson. As you start to look for your Justin Jefferson rookie cards and other high-end inserts, this Vikings receiver continues to put up big number’s year in and year out since arriving in the NFL. Jefferson currently sits 2nd in the NFL with 1,060 yards with one fewer game played, while also posting 69 catches and four touchdown receptions to start the season. In addition Jefferson is coming off a play of the year candidate type of catch. 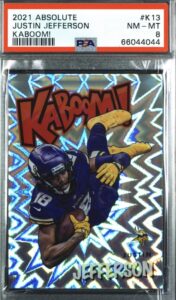 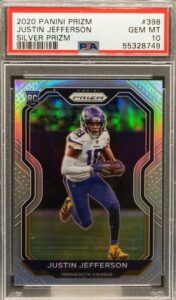 Another sports trading card that is popular right now is the Houston Astros shortstop Jeremy Pena. As Pena is enjoying a huge rookie MLB season, he is also coming off helping to lead to the Astros to their second World Series title over the past six seasons. The 25-year-old infielder finished the season with 22 home runs and 63 runs batted in while playing solid defense at the shortstop position. 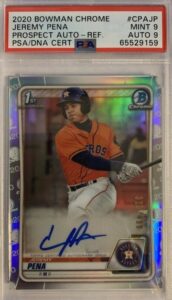 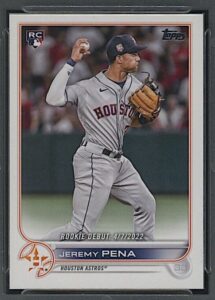 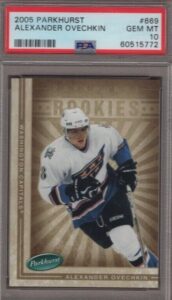 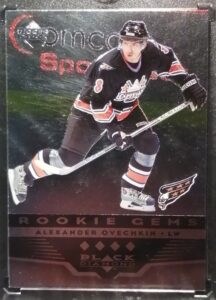 The Seattle Mariners prized rookie outfielder continues to be red hot this year on the sports card market and that trend will continue despite the 2022 MLB season coming to an end. As focus is on the MLB Winter Meetings and MLB Free Agency, Julio Rodriguez has stayed busy taking home the 2022 AL Rookie of the Year Award after an impressive rookie season. The Mariners rookie hit 28 home runs to go along with 75 runs batted in and 25 doubles. 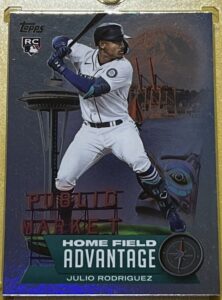 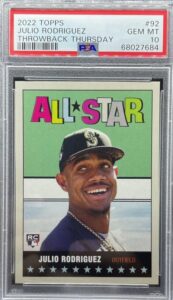 While the newest wave of NBA trading cards has yet to really start hitting the shelves for the 2022-23 NBA Season, it doesn’t mean the market for the Orlando Magic and 2022 NBA Draft Pick Paolo Banchero doesn’t have to heat up. As sports card collectors wait for the new 2022-23 NBA sports cards to arrive, Banchero is putting together a strong rookie season while driving his sports card prices through the roof while most have yet to be printed or have hit your local sports cards trading stores. If you can land a few now, we suggest jumping in before it is too late as the Paolo Banchero train will continue to trend North. 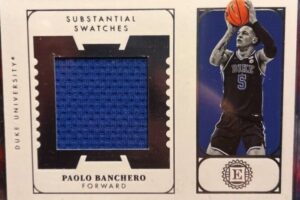 As we have seen with Julio Rodriguez this season, everyone is all in on this young Atlanta Braves outfielder as he also put together one of the best performances among all rookies including within the National League. His performance in the National League helped him take home the 2022 NL Rookie of the Year Award. Harris II finished the season after getting a later call up from the minor leagues hitting .297 with 19 home runs and 64 runs batted in across 114 MLB games played. 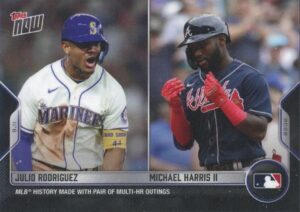 While the accolades have yet to really start to build for the Germany soccer player, that may all change over the coming weeks with the 2022 FIFA World Cup kicking off in less than two weeks. While question marks were left to be answer whether Youssoufa Moukoko would be on the Germany roster for the World Cup, that has all been put to rest as he has gotten the call to play for the team in Qatar later this month. Hope on the Youssoufa Moukoko sports card train now before those prices get too far out of your price range. 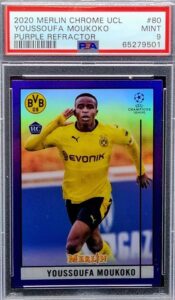 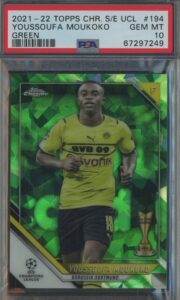 All Tua Tagovailoa does is win or should I say at least during the 2022 NFL Season. Outside of a dealing with a concussion, the Dolphins quarterback has played himself into consideration for the 2022 NFL MVP early season talk list. Tagovailoa who played his college football with the Alabama Crimson Tide now has a Super Bowl Trophy on his radar. Over eight games played this year, Tagovailoa ranks 11th in the NFL with 2,265 yards passing, tied for 3rd with 18th touchdown passes and has only thrown three interceptions to start the season. 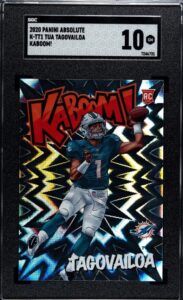 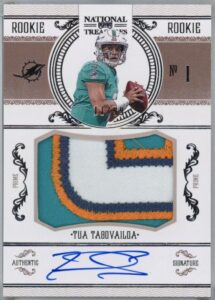 As the action on the ice slowly starts to take center stage, the Carolina Hurricanes left winger has taken center stage for the team scoring 12 goals to start the season while adding six assists. Currently the Hurricanes star ranks 3rd in the NHL in goals scored while ranking 26th overall in total points scored. Andrei Svechnikov who was drafted during the 2018 NHL Draft 2nd overall is slowly getting his opportunity to show his fans, sports cards collectors, and sports card investors his true potential. 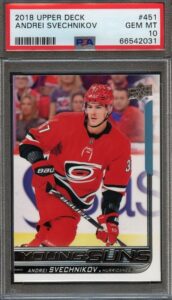 Lastly one name that used to see his sports cards rank high among his rookie class early in his career has now slowly started to reshape his market with a turnaround season for the Seattle Seahawks. That quarterback is Geno Smith of the Seahawks who is slowly playing himself into consideration for an MVP candidate spot while taking over a team that many expected to still be Russell Wilson’s team. Nonetheless, take advantage of the market when you have the chance as he continues to put together strong numbers over the rest of the 2022 NFL season. 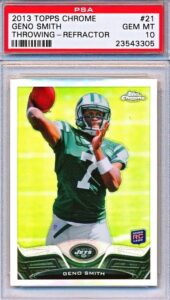 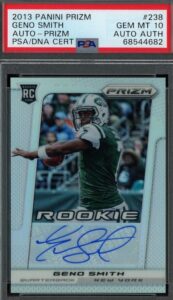