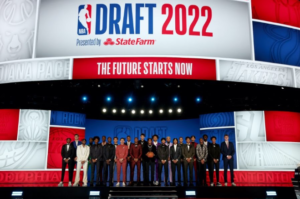 When you look around at the sports card industry, the prices of sports cards continue to rise while historical sale prices are being recorded each month. Could you imagine thinking back to when Michael Jordan, Kobe Bryant, and LeBron James were rookies? What if you could have invested in those stars, got them graded, held on to them, and sold them in today’s market? Rookie cards of the Top NBA players are selling for $1,000 plus dollars while others are bringing in more including a rare Kobe Bryant rookie card that sold for $1.8 million dollars. In addition, as NBA Rookie Cards continue to boom, most of the sports card hobby has as well. Here is a list of some of the hottest sports cards right now July 2022.

Option 1 invest the top NBA draft picks from the 2022 NBA draft all which should come at a premium price. Once obtained, wait for their production to pick up on the floor and boom you can make some profits. For example

Option 2 invest in sleeper NBA draft picks then wait for them to contribute to their teams or even just get hot for a few games. For example

Option 3 invest in a mixture of both premium priced NBA rookies as well as in sleeper NBA draft picks as well as players who were not drafted in the 2022 NBA draft. Continue to monitor their success, selling off hot basketball rookie cards while also holding on to a few of each player into the future. For example

Now when it comes to the three options when buying NBA rookie cards, only the future can show us how those cards can do. Remember that moving a card today because a player had a big game could land you a nice Return on Investment, however if that player becomes a star, it could cost you a ton of money.

One example that rings a bell was Tyler Herro who the Miami Heat drafted 13th overall during the 2019 NBA Draft Class. Many of his base rookie cards were selling for under $20 dollars while low numbered inserts and autographs could be had for less than $100-200 dollars. Then a late season run for the Miami Heat, and solid play last year from Herro and the Tyler Herro rookie card values skyrocketed in price. His cards originally had fallen under the radar as sports card collectors focused on Zion Williamson, JA Morant, and RJ Barrett.

Investing in sports card rookie cards is a legitimate way to make money while collecting cards. Not sure where to begin check out our Beginners Guide to Sports Cards as well as our Hot 2022 Football Rookie Cards to Collect guide.

Some of the hottest 2022 NBA rookie cards are going to come from the stellar group of point guards and shooting guards. The list of the top guards from the 2022 NBA draft includes the likes of Jaden Ivey of the Detroit Pistons, Bennedict Mathurin of the Indiana Pacers, Shaedon Sharpe of the Portland Trailblazers, Dyson Daniels of the New Orleans Pelicans, and Johnny Davis of the Washington Wizards. 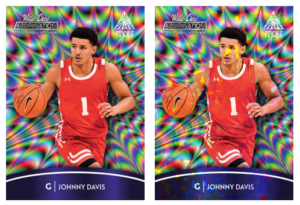 Over the past few seasons, we have seen guards take over as NBA rookies including Trae Young, Luka Doncic, and JA Morant all be big time players. In addition, each of their rookie cards continue to rise in price. While it is hard to say which of these guards will reach those heights, each are well worth investing in as well as a few NBA sleeper picks.

On the sleeper side of guard group is a pair of players who failed to hear their name called during the 2022 NBA Draft, those two are Johnny Juzang and Julian Champagnie. While Champagnie is out with an injury, Juzang has the size and shooting ability to be a nice player in the NBA. Here are the guard rookie cards to collect in 2022:

While all eyes will be on the 2022 NBA rookie point guards, the group of small forwards and power forwards entering the NBA look promising. Leading that charge is a trio of top tier talented players that includes Paolo Banchero of the Orlando Magic, Jabari Smith of the Houston Rockets, and Keegan Murray of the Sacramento Kings. As a sports card collector, Paolo Banchero rookie cards will come at a premium price but being a former Duke Blue Devils helps his card stock. 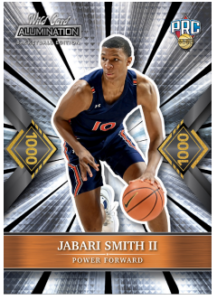 The forward position continues to evolve each year, which helps the sports card investment angle for the group as we have seen many top forwards including Giannis Antetokounmpo, Lebron James and Kevin Durant rookie cards fetch premium sale prices over the past year. As Banchero will be the focal point after being selected number one overall, the potential of both Smith and Murray as potential scoring leaders helps impact their values.

On the sleeper side at the forward position guys like Caleb Houstan, Justin Lewis and E.J. Liddell all have solid upsides while their rookie cards will have lower costs. Here are the forward rookie cards to collect in 2022.

The last of the position players from the 2022 NBA Draft is the center position which included a pure stud selected number two overall. That stud was the Gonzaga Bulldogs star Chet Holmgreen who is a dynamic player with a ton of abilities on both ends of the floor. Holmgreen who can not only play down low but also has a solid shot, can be a big-time player in the NBA for years to come. 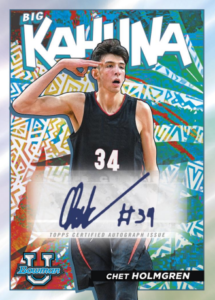 As Holmgreen stood out as the best center in the 2022 NBA draft, other centers such as Jalen Duren of the Detroit Pistons and Mark Williams of the Charlotte Hornets are interesting options. Look for both players to be impact players on their teams as both teams feature young talent as they continue to rebuild.

On the sleeper side of the center position, it is a little more difficult to find options however Yannick Nzosa and Christian Koloko are options who could emerge in future years to be a solid option at center. Here are the center rookie cards to collect in 2022.

Here are a few products to collect to land the Hot 2022 Basketball rookie cards.

While many of the 2021 NBA sports card products are still just hitting the shelves at local sports cards stores, excitement is rising for the upcoming wave of 2022 Basketball cards. Here is a look at a few of sports card releases you can land the Hot 2022 Basketball rookie cards in: