BGS VS SGC Grading Guide: Who to choose?

The hobby industry continues to boom for sports card, as sales continue to reach record highs, the demand for sports cards are even higher, and the number of submissions to the best grading card companies has not slowed down. As sports card collectors and sports card investors turn to graded sports cards the debate over BGS VS SGC or PSA VS SGC or BGS VS PSA is always mentioned. In addition new debates such as BGS VS CSG or PSA VS CSG have arisen.

Luckily for both new sports card collectors and investors, we have compiled a sports card grading guide, as well as a chance to take a look at the various top sports grading companies head-to-head such as this article looking at Beckett Grading Services (BGS) VS Sportscard Guaranty Company (SGC).  Read on to learn more about SGC VS BGS, what is sports carding grading, and even is it worth getting your sports cards graded.

After submitting the card typically through the mail to those company, the collector pays a grading card fee to have the card receive an actually numerical value between 1-10 and slabbed within an encapsulated card holder with the grade attached. The card is then returned to the collector to add to their personal collection (PC) or to allow them to sell the card through various sports card marketplaces such as eBay and Check Out My Cards (COMC).

Other top grading companies on the market include Professional Sports Authenticator (PSA) while lesser-known companies that are making big strides in the industry such as Certified Sports Guaranty (CSG) are also around. Also, with technology advancements Artificial Intelligence (AI) sports card grading is available.

As we get set to take a look at BGS VS SGC, one question we would like to answer or attempt to answer for you is the million dollar question many new collectors and sports card investors like to ask; “is it worth getting sports cards graded”. The answer to that question is yes in most aspects including for resell purposes and the potential increase in value that grading sports cards brings to the sports card.

That said, depending on the card grading situation and the card being graded as well as the grading card company, sports card grading isn’t always worth it. That is why it is important to take the time to research the various sports card grading companies including the fees to have cards graded and also the type of return of investment on a graded sports card by that company if it is sold.

For example, if you have a card, you want graded, research it on eBay or COMC to see how much it is sell for, then compare it to the grading fees that it will cost you. Remember you might not get a 9.5 or 10 despite you thinking it looks like one of those grades. If the card is selling for $500 as a 9.5 and it will only cost you $150 to get it graded, then it is worth it to have your card graded. If the card as a graded 9.5 is selling for $150, then it is not worth getting sports card graded.

We are here to look at two of the top sports card grading companies that have been in the hobby along time and are well trusted within it. Those two companies are BGS or Beckett Grading Services and SGC or Sportscard Guaranty Company.

For BGS and SGC, both companies continue to be leaders within the industry while delivering great returns to their customers. SGC arrived on the scene in 1998 while following PSA to the grading scene. Since entering the industry the company has been a strong grading company and the staple of vintage card grading among all the big companies.

Just a year later, as SGC was starting to rise the rankings a third major grading entered the scene as Beckett elected to start BGS. Since that point, BGS has competed with SGC and PSA to be the leader in the industry.

BGS VS SGC Grading Guide: Should you choose BGS or SGC for Sports Card Grading?

These elements that should be considered including the grading scale that the two companies use, the cost of grading the cards with those companies, the turnaround time it will take to have the sports card graded wth that company, and how the card graded by those companies looks as far as appearance. In addition, comparing comp sales between the same card with the same graded value from each company. Here is a closer look at those elements for both SGC and BGS.

However, since both SGC and BGS use the 1-10 scale, each company has their own scale they use and offers slight differences. BGS offer a Gem Mint for 9.5, Pristine Gold Label 10, and a Black Label 10. Whereas SGC offers a Mint+ for 9.5, a GEM 10 as well as a Pristine 10. Here is a look at BGS VS SGC grading scale.

BGS uses the standard 1-10 sports card grading scale with them focusing on their half point designation for 9.5 which PSA elects to shy away from with their grading. Furthermore, BGS also options to have subgrades added to the graded card for a higher fee or a single overall grade for a lower fee. The subgrades are graded on a half point designation while also helping determine if a card is a True Gem 9.5 or a Gem Mint 9.5. Here is

Possible one of the most important elements that could play a role in your decision making is the sports card grading fees between SGC and BGS. Depending on if the card is current or vintage, and whether you are looking to resell the card or keep it, the costs you have to pay could swing you. The higher the costs the less profit you may make on the card.

Advantage: Lower value cards SGC has the slight advantage, however BGS has the overall advantage based on their prices, their sale prices of cards and their overall grading fees.

Grading times continue to change on a week to week and month-to-month basis depending on the number of submissions submitted. Always refer to BGS and SGC website for up-to-date time frames for grading. 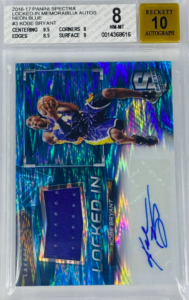 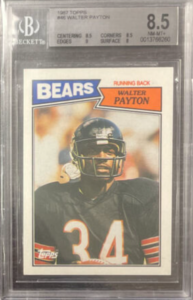 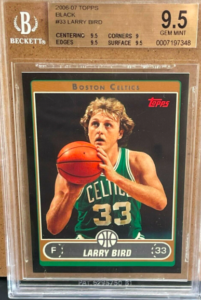 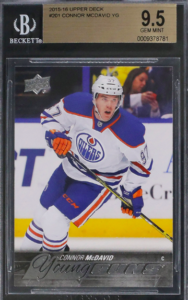 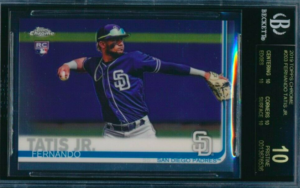 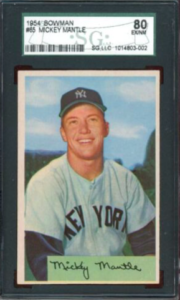 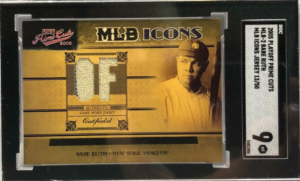 BGS VS SGC Grading Guide: Our Thoughts on BGS VS SGC

In closing, while we give the advantage to BGS based on a variety of the elements the key to the decision was the comparison of comp sales between the two companies of the same card. While resale value is key for many individuals in the hobby now, it plays a key role in who you should choose between BGS VS SGC.