The holiday season is upon us as those mischievous little Elf’s have returned for some and countdowns have started for so many. The same can be said for the sports collectors in your life as they start their own countdown to Christmas while looking for a chance to land some of their favorite individual sports cards, sports card hobby boxes, sports card retail boxes, and even sports card supplies as well as even Santa Claus Sports Cards. 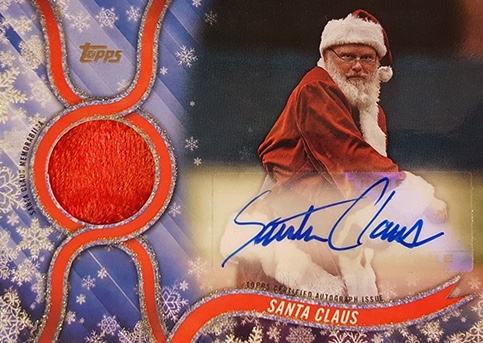 While trying to land that next big sports card Christmas gift for that sports card fan on your Christmas list. One unique gift to consider this year are Must Have Christmas Themed Sports Cards that over the years have hit trading card products.

These Must Have Christmas Themed Sports cards are simply baseball, football, hockey, or any other sports card you are familiar with but with a Christmas theme. For example, in the early 2000’s Pacific released the Pacific Ornament Cards that have Christmas shape designs such as a Christmas tree or Christmas bulb but with your favorite baseball players and football players.

However, the trend doesn’t start there, as we have seen Santa Claus and Christmas Sports Cards dating back to the late 1980’s and early 1990s. Santa Claus made his Football Card debut during the 1989 Pro Set card number 1989 and would run within their set releases over the next five seasons. If you are looking for additional Christmas Gift Idea read our as well as the 2022 December Sports Card New Release Calendar.

When it comes to finding and buying Santa Claus Sports Cards or other Christmas Themed Sports Cards, it simply comes down to which ones you want to buy. As you look to add to your collection or buy for that special sports card collector on your Christmas list, you can find these sports cards on sites such as eBay and COMC, as well as forums.

In addition, new products geared to Christmas are released annually such as the 2022 Topps Holiday Baseball Mega Box Set that features holiday and festive 200-card base set as well as 1 oversized die-cut Christmas Ornament card per box break. Joining Topps annually is Panini who have released in their Hoops Holiday Box the Ugly Rookie Sweater insert subset in their basketball product as well as in Panini Donruss their own red/green optic inserts as well as the Rookie Holiday Sweater insert.

One big question that many ask are these Santa Claus Sports Cards valuable? In most cases they are not and won’t cost you a lot of money. In most cases you can purchase some of them for less than $20 and in some cases just a few dollars. For example, a 1990 Pro Set Santa Claus Head Coach insert card ungraded can be purchased for $3 on eBay.

However, in some other cases these cards can go for over $100 for example a 1989 Pro Set Santa Clause BGS recently sold for $187.50 on eBay. In addition, Topps Santa Claus Autograph Relic insert cards can range from $75 to $250 on both eBay as well as COMC. These cards are not for sports card investing but more for the festive side of the card.

Like Santa Claus cards, Christmas Themed Sports Cards and Holiday Sports Themed Sports Cards are often not too valuable. That said it simply comes down to which one you are looking to buy and whether the card is graded. Many of these themed inserts feature top tier players such as Top NBA Stars delivered from Panini and Top MLB Players from Topps. One example is the 2000 Pacific Ornaments insert featuring Ken Griffey Jr had recent sales of $49.99, $29.99, and $12.99 recently.

Must Have Santa Claus Sports Cards

Depending on if you are looking for some of the most famous Santa Claus trading cards released from Pro Set from 1989 to 1993, or some of the newer released sports cards products featuring the iconic figure. We have you covered. Here are some of the Must Have Santa Claus Sports Cards for any sports card collector on your shopping list. 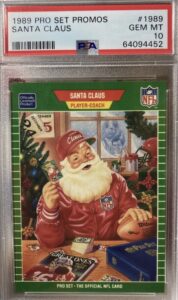 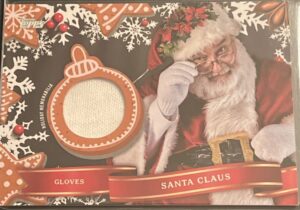 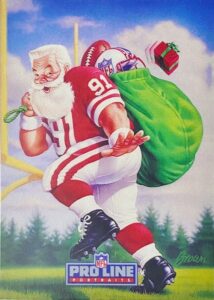 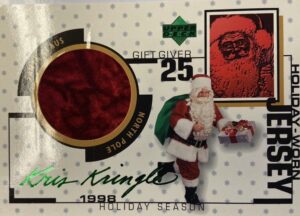 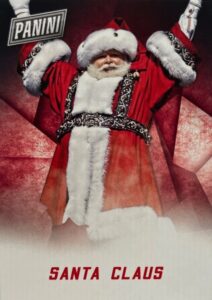 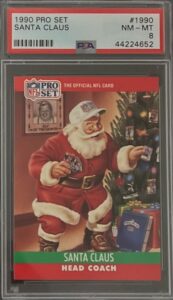 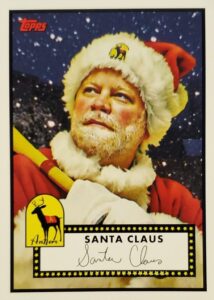 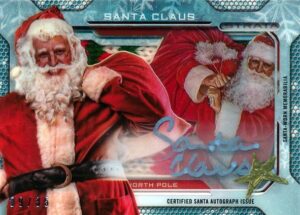 Must Have Christmas Themed Sports Cards 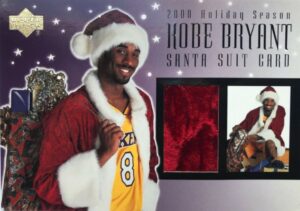 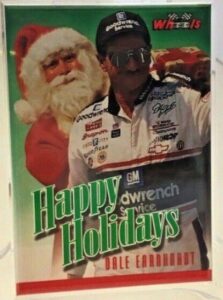 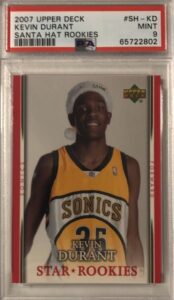 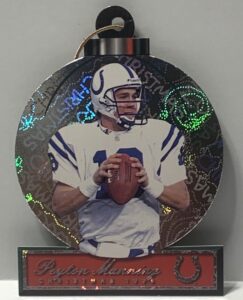 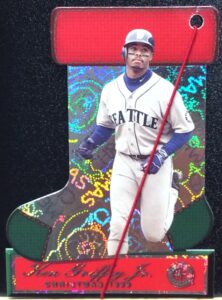 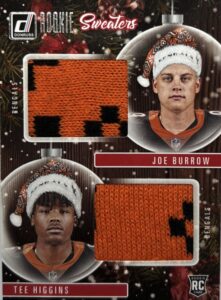