PSA VS CSG Grading Guide: Who to choose?

The sports trading card industry continues to make major headlines with record card sale prices. One of the biggest of those sports card headlines hit the internet in late August, as a 1952 Topps Mickey Mantle card sold for $12.6 million dollars. Why would a sports card sell for this price? A few reasons one it is in great condition and two it has a low population count based on receiving a 9.5 grade. Without the high grade, the value of the card would be lower. Understanding the importance of grading is key, this is why we are going to take a look at PSA VS CSG.

When it comes to collecting any item from coins to comics to sports cards, knowing the grade and condition of the item impacts the collectability rating as well as the overall value. This is where third party grading including sports card grading comes into the picture while delivering sports card collectors a physical number grade to correspond with the actual condition of the trading card.

How the sports card grading process works is the owner of the trading card submits the card to sports card grading company of their choice, pays them a fee to have the card graded and then waits for arrival of the card once graded. Once the grading company receives the card they examine the card, deliver a numerical value based on a 1-10 grading scale before encapsulating the card in a slab. The card is then returned to the seller for them to add to their Personal Collection (PC) or to sell on a third-party marketplace such as eBay or Check Out My Cards.

As you start to look at PSA VS CSG, learning more and getting a quick look at who those two companies is key. PSA is one of the older and most respected sports card grading companies within the industry. Entering the industry in 1991, PSA has authenticated and graded over 40 million sports card since its arrival.

Sports card grading features multiple elements to learn and understand before a collector submits a card for grading. Each of these elements are important aspects of the hobby and also play a key role in why someone should get a card graded and whether they should sell that graded card. These various elements of the grading card process include the sports card grading scale used, the grading card fees associated with having the card graded, the turnaround time to have the card graded and returned, the look of the graded encapsulated card, as well as the sale prices between the cards.

Here is a look at how PSA and CSG stack up against each other when comparing the various elements of sports card grading.

Here is a look at PSA VS CSG grading scale.

Advantage: Slight advantage to CSG with two 10 values, and a 9.5 grade

A second element of sports card grading that is key to understand and know is the grading fees associated with both grading companies. You may ask yourself how much does it cost to have sports cards graded? Knowing how much it cost, could help you determine which company to use, especially if you are looking to sell the card.

The cost to have a sports card graded varies from company to company with some prices starting out as low as $10-15 per card and ranging upwards of a few hundred dollars. For a sports card investor looking to flip sports cards or make money selling sports cards, grading card fees have a direct impact on the profits. Here is a look at PSA VS CSG Grading Fees:

Advantage: Both companies have advantages based on the actual card being graded, consider those factors of the card before grading.

*All turnaround times are estimated and not including number of days with shipping company. 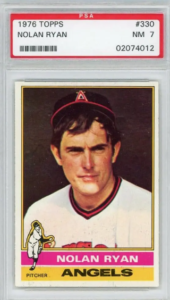 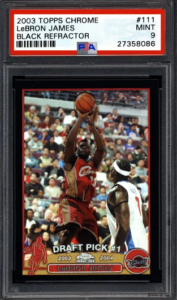 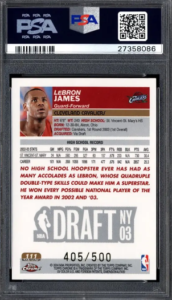 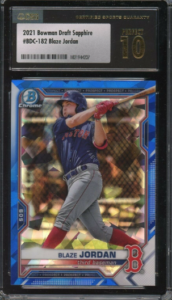 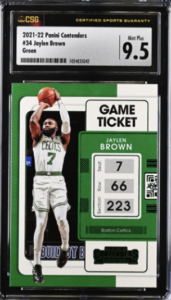 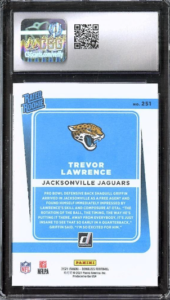 Advantage: Slight advantage to CSG based on Perfect 10 Slab

The last element and possible the most important element when comparing sports card grading companies is their comp sale prices on eBay or even on a site like COMC. When comparing their actual sold price, you must also take in consideration how much that card would have cost you have it graded, then use it to figure out which company benefits you the card seller the most.

PSA Breaking down eBay Profit from both PSA graded card and CSG graded card. As you start to look at the two comparisons of graded sports cards above, here is the potential profit based on the fees associated and the sale price.

(Bulk would be submitted with a bulk submission of cards)

PSA VS CSG Grading Guide: Our Thoughts on PSA VS CSG

Now that you had the opportunity to learn more and see what both PSA and CSG has to offer, we can give you our final thoughts on PSA VS CSG. While CSG has made tremendous movement within the third-party grading industry, they still sit just behind PSA within the hobby. PSA graded cards have higher resale values and are often used to determine what card grading company to use. However, in some cases CSG may be worth using especially if you are looking to do bulk grading to allow you to make money flipping sports cards.

Take the time to do your math based on these comp sales and fees to have card graded, while seeing which option is best for you. With that said, it is nearly impossible to determine what the sports grading landscape will be in the future. For now, though PSA and CSG both look to be at the front of the pack.