The baseball card hobby is at an all-time high as baseball fans, sports card collectors, and people looking to invest in sports cards flock to the hobby. With the increased interest in baseball cards as well as the overall hobby of sports cards, one question that is asked is what are the Top 10 Most Expensive Baseball Cards as of 2022? Now before we can turn our attention to those 10 Most Valuable baseball cards, you might be wondering what makes one baseball card more valuable than another baseball card.

As you continue to read on, you will learn more about the most expensive baseball cards in the world as well as deeper look into the various items impacting the value of baseball cards.

One of the biggest contributors to the value of any baseball card is the ERA of the baseball card and how old the baseball card is. While this may sound to be the same thing, but it can be different. The various ERA include the Pre-1900 cards including cabinet cards and Peck and Snyder baseball cards followed up by the Tobacco Card ERA. However, while these ERA of collectors are positive, the Junk Wax ERA of the mid to late 1980’s through 1990’s have little to no value in comparisons.

Rarity of the Baseball Card

A second factor contributing to the value of baseball cards is how rare of a baseball card it is. The easier to find the baseball card on sports marketplaces such as Check Out My Cards (COMC), and eBay will lower the value of the card, while a card that may only have a handful available will increase in value. This is how and why the Honus Wagner T206 card is at the top of all baseball card collectors wish list because it is extremely rare due to Wagner not wanting to be featured within the product.

Other reasons for rarity of cards include how the cards were maintained and secured when available. Sports card penny sleeves and top loaders weren’t available during the start of card collecting, limiting how baseball card collectors protected their cards. This caused many cards to be thrown away while other kids used their cards to make sounds with their bicycle tires.

With modern day cards produced top sports card companies such as Topps, Bowman, Leaf Trading Cards, and Panini have introduced autographed cards, parallel cards, and other inserts that may come in different production levels to include cards numbered to a specific number such as a one of one card.

A third factor impacting the value of a baseball card is whether it is graded or is not graded. Having a card graded by a third-party sports card grading company such as BGS or PSA or SGC or CSG allows the card to receive a numeric graded value while also making it rarer. For example, an ungraded 2011 Topps Update Mike Trout Rookie Card with sharp corners sells for approximately $1,000 compared to a graded 2011 Topps Update Mike Trout Rookie Card BGS 10 sells for between $2,000 and $4,000.

In addition, grading vintage baseball cards can also drastically drive the value of the card up based on the population report of each specific card. Not sure what sports card grading company is better? Read our articles comparing BGS VS PSA, PSA VS SGC, CSG VS BGS, and BGS VS SGC.

The prospectus status of a player also impacts the value of a sports card such as a player be the number one baseball prospect in the minors. In return, this has driven some prospect cards such as the Bryce Harper Bowman SuperFractor or the Mike Trout SuperFractor to skyrocket in price.

Lastly trends can impact the value of sports cards of current players such as a player getting red hot at the plate, or someone who wins the Cy Young Award. Other trends include minor league prospects getting called up to the Major Leagues to make their MLB debuts.

As each of these factors have can have an impact, not every card has the same success. With that said here is a look at the Top 10 Most Expensive Baseball Cards 2022. 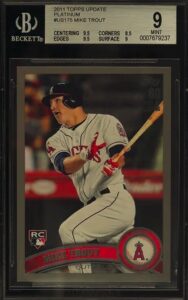 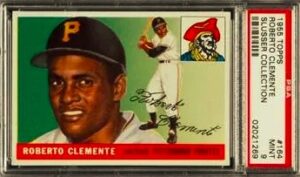 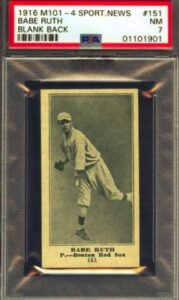 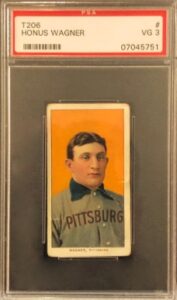 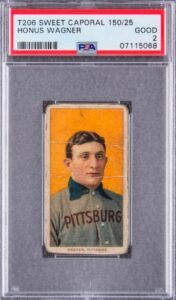 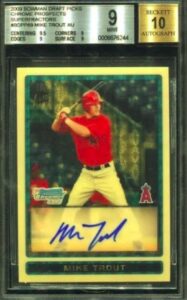 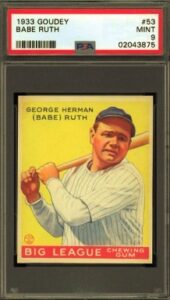 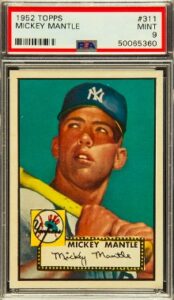 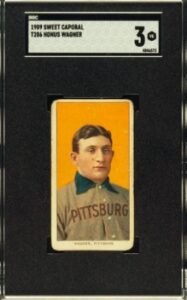 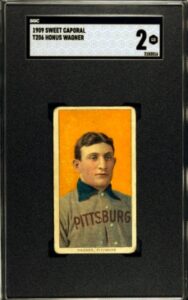