2023 is just around the corner with only a few days left remaining in December of 2022. As we get set to ring in the New Year, the time to start focusing on the Top Under the Radar Players to Collect in 2023 has arrived. The NFL season 2022 is approaching the NFL Playoffs, the NBA and NHL seasons are starting to heat up, the World Cup just wrapping up and the 2023 MLB season just around the corner. 2023 is looking to be another good year for sports cards for both sports card collectors as well as investors.

Whether you are looking to build a nice collection of the next face of one of the top sports leagues or looking to flip sports cards for a profit, finding the next crop of stars can be rewarding but challenging. From MLB prospects who breakout hot to unproven rookies and undrafted stars taking sports leagues by storm. Nonetheless while the stars will dominate year in and year out, there are always a few Under the radar Players that break out each year.

When it comes to finding the next breakout player or under the radar player it can be difficult and challenging but rewarding all at the same time. For sports card investors it can be extremely difficult when looking for that next breakout star to land you some nice profits selling sports cards.

As you start to look at the various sports the NFL and NBA may be the most difficult to find breakout players. Meanwhile baseball may be the best sport to find them with a long list of future MLB players sitting in the Majors.

Questions about Under the Radar Players to Collect

What are Under the Radar Players in sports cards?

When you hear sports card collectors or sports card investors talking about under the radar players too collect, they are simply talking about players who may not be collected as much that might see higher interests. This could be for many reasons including coming off injuries, being drafted in the later rounds of the drafts, and even sitting behind a proven starter.

Can you make money by investing in under the radar players?

Like any other type of investing, investing in sports cards as well as players who have yet to make a name for themselves can be dangerous and costly. Take the time to learn about every player and decide wisely before making that decision. Always remember sports cards can drop in price as quick as they can rise in price. That said if you can find the right player before they boom you can make a ton of money.

2023 Top Under the Radar Baseball Players to Collect

One player who might still be a season or two away from making it to the Majors is the New York Mets highly touted third base prospect William Lugo. Lugo who just turned 21 years old is coming off a solid season between low A and high A within the Mets minor league system. Over 112 games, Lugo picked up 25 doubles, two triples and 14 home runs while driving in 63 runs and picking up 50 walks. At this moment Lugo has no cards available, but for sports collectors he should make appearances in 2023 Bowman Baseball.

Another minor league baseball player to monitor over the course of 2023 is the Boston Red Sox middle infielder Marcelo Mayer. Mayer who is just 20 years old split time between low A and high A is a talented prospect who has the tools to hit for a solid average along with power while also having speed on the base paths. In 2022, Mayer finished the season with 13 home runs and 53 runs batted in over 350 at bats. The Red Sox prospect lands at number seven on the MLB Top 100 Baseball Prospects list. Here are a few Marcelo Mayer sports cards to collect: 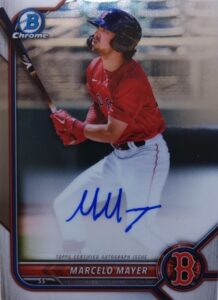 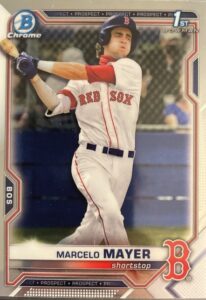 Playing in 112 games for the Fresno Grizzlies the 20 year old Colorado Rockies outfielder showcased his potential as an up and coming star who should make his way up through the minors over the next few seasons. Yanquiel Fernandez posted a .284 batting average over 475 at bats during the 2022 Minor League Baseball schedule while hitting 21 home runs to go along with 109 runs batted in. Add that potential and talent to the thin air of Colorado and Fernandez could be a regular 30 plus home run hitter in the future. 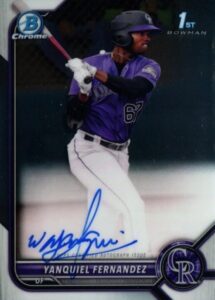 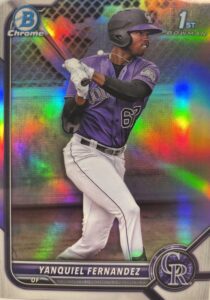 Additional Under the Radar Baseball players to collect 2023 include: 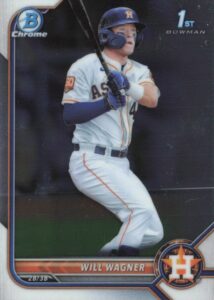 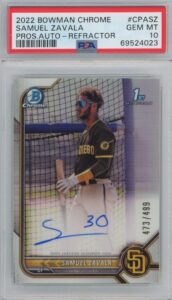 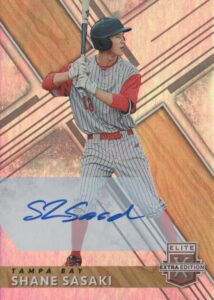 2023 Top Under the Radar Basketball Players to Collect

When it comes to trying to find the next under the radar Basketball player to collect it can be difficult based on the market landscape of basketball cards. Nonetheless one player has been valuable this season while having the potential to grow is the Brooklyn Nets center Nic Claxton. Claxton who the Nets drafted within the 2nd round of the 2019 NBA Draft, is posting 11.9 points per game to go along with 8.3 rebounds this season. A strong playoff push and continued development for the 23 year old big man, and he could see his card values soar in price over the next few NBA seasons. Here are a few Nic Claxton sports cards to collect: 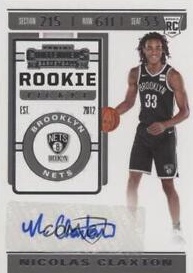 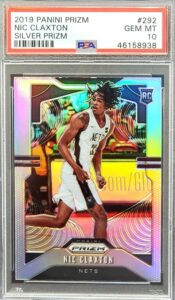 One team loaded with young talent around the NBA is the Indiana Pacers including 20 year old small forward Isaiah Jackson. Jackson who played his college basketball with the Kentucky Wildcats can run the floor and play on both ends of the floor. While he may blocked currently, the opportunities will be there for Jackson to increase his sports card values while also turning into an even better basketball player over the next few seasons. Here are a few Isaiah Jackson sports cards to collect: 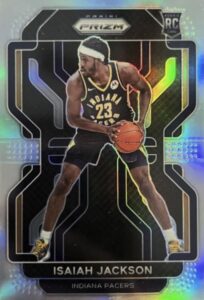 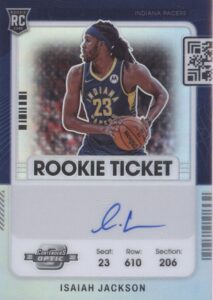 A third under the radar basketball player to collect is the Atlanta Hawks power forward Onyeka Okongwu who is putting together a strong third season with the team. Okongwu who played his college basketball with the USC Trojans has slowly saw his production increase since arriving during the 2020-21 NBA season. The Hawks forward is averaging career highs in points per game (9.3) and rebounds per game (7.2) while recording 1.1 blocked shots per game. 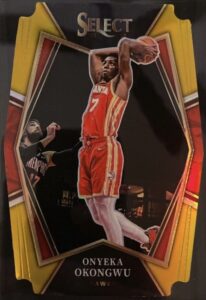 Additional Under the Radar Basketball players to collect 2023 include: 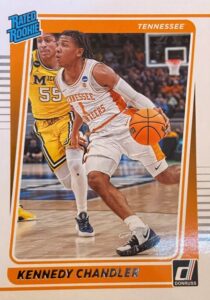 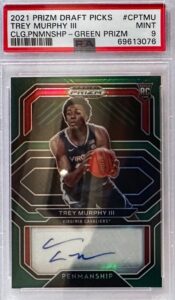 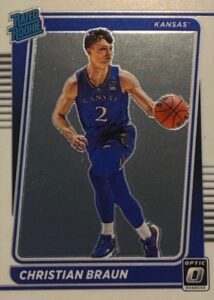 2023 Top Under the Radar Football Players to Collect

While he may not be considered by many to be under the radar, Jordan Love is one NFL player sports collectors must consider collecting in 2023. Love while having limited opportunities with Aaron Rodgers starting at quarterback, showcased his potential in filling in for Rodgers after he left the game just a few short weeks ago. While Love may not be as young as some options on the list of Top Under the Radar Sports Cards to Collect list, he does present a huge upside while playing a position that dominates the sports card market. 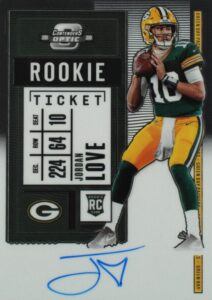 Could Calvin Ridley bounce back next season if reinstated to the NFL by the commissioner? That is the one big question many are asking as expectations are set for him to return to the Jacksonville Jaguars a team that traded for him. Ridley will have one of the up and coming young quarterbacks throwing him the football while also having a solid running game. Jump on the Ridley sports cards wagon before the 2023 NFL season gets underway. 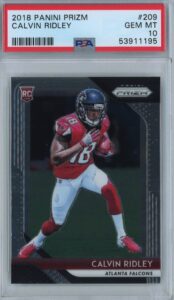 One NFL player to consider buying now before the hype jumps is the Washington Commanders quarterback Sam Howell who is expected to make his debut in the team’s final regular season game of the season. Howell who the Commanders drafted with the teams 5th round pick during the 2022 NFL Draft may be the answer for the team moving forward while helping his own sports card value along the way. 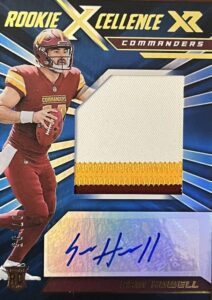 Additional Under the Radar Football players to collect 2023: 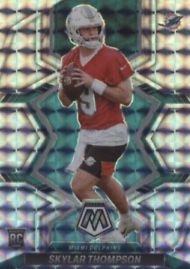 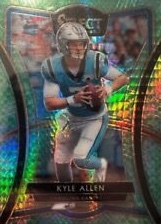 2023 Top Under the Radar Soccer Players to Collect

The 23 year old made 12 starts for the 2022-23 Belgian First Division A schedule has shown some progress while also improving his name among the futbol sports card communities. The Club Brugge young star picked up a key game winning goal for the club within the 2022 Belgian Super Cup during the clubs match against Gent on July 17th, 2022. 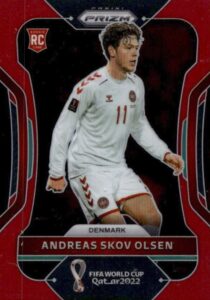 One player who is a hot commodity is Enzo Fernandez who may ultimately set the British Record for the largest transfer fee. Fernandez who is just 21 years old has is coming off 14 games this season while posting one goal and three assists. 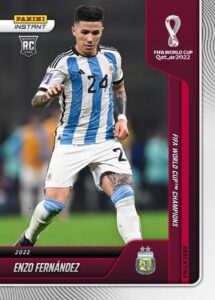 Additional Under the Radar Soccer players to collect 2023: 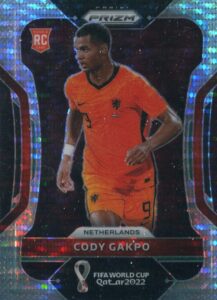 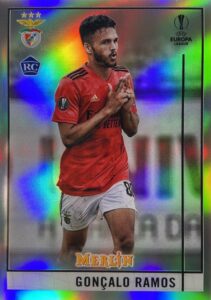 2023 Top Under the Radar Hockey Players to Collect

One Under the Radar NHL Player to collect in 2023 is the Anaheim Ducks Mason McTavish who is just 19 years old. McTavish who appeared in nine games last season has seen the ice in 38 games during the 2022-23 NHL season for the Ducks this season. Over that stretch McTavish has posted six goals to go along with 14 total assists. 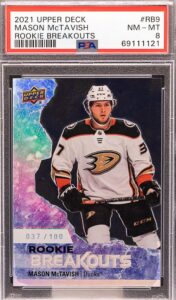 The Los Angeles Kings defenseman is another young NHL player to collect as he slowly develops into a full-time option on the teams roster. Brandt Clark who the Kings drafted with the team’s 8th overall pick during the 1st round of the 2021 NHL Draft has all the makings to be a great player in the NHL for many years to come. 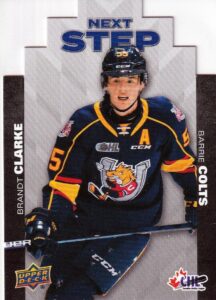 Additional Under the Radar NHL players to collect 2023: 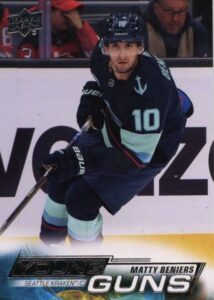 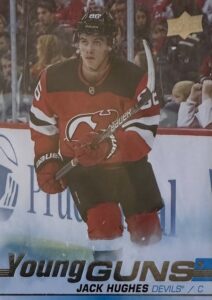